The Land of Israel is no stranger to experiencing extreme water shortages. In 1898, Theodor Herzl, founder of modern Zionism knew that the Kaiser’s recognition was crucial for international approval of his plan to resettle the Jews in the land of Israel. All the Kaiser could muster was the observation: “The land needs water, very much water.” 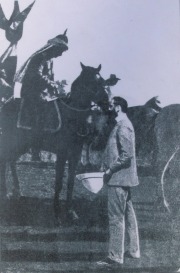 Hertzl was not alone in showing concern for how the often acute water shortage problem could impact on the plight of the fledging Jewish homeland, being renewed after many thousands of years of exile. In more recent times, scant water resources has even been the cause of limited military action.

Israel has three main water sources: Lake Kinneret (aka. Sea of Galilee), the Mountain Aquifer and the Coastal Aquifer. The country also has KKL-JNF, which has increased Israel’s water economy to such an extent that it has been dubbed “Israel’s fourth aquifer”. However, the water level of the Sea of Galilee is considered to be key barometer upon which successive leaders of the State of Israel rely upon to decide what action needs to be taken to remedy any critical shortage, and there’s been plenty of them!

Accordingly, in recent weeks the general public in Israel has been greeted with the latest update of the water level of the Sea of Galilee. This week it stands less than a meter below the maximum level above which the abundance of the extra amount needs to be gradually released out of the lake. This is welcome news indeed!