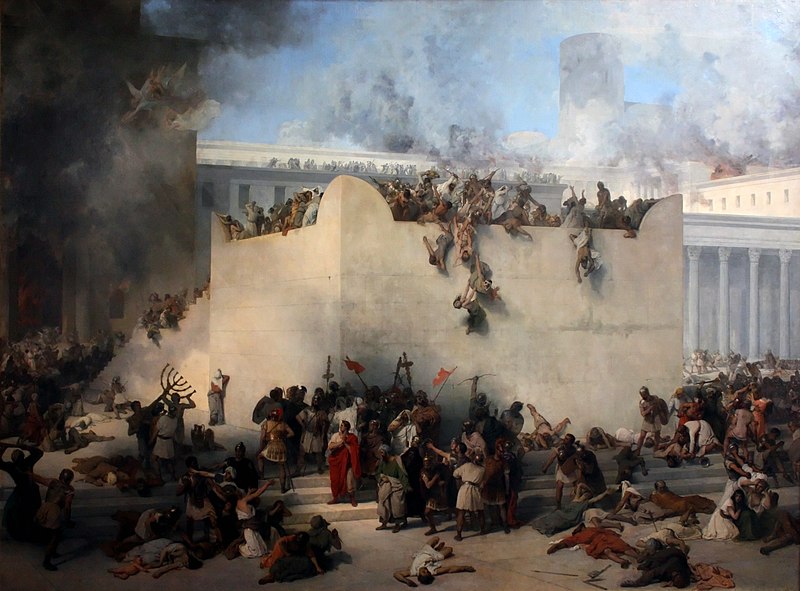 As strong as our heritage is rooted in our past, everything Jews do is aimed at the present. Even the saddest day of the Hebrew calendar, Tisha Be’Av (the 9th of Av) marks a time of self-examination, not focusing past regrets or an urge of revenge, but recalling the nation at its lowest point, when our sins and behavior forced us into two thousand years of exile.

This day is known as the saddest time in Jewish history. Jews worldwide weep for the destruction of both temples and many other tragedies that befell the Jewish nation on this auspicious date. This video provides an educational overview into what this holiday represents.

On this day, we are to ask: So, did we get our act together? Unfortunately, the answer (still) seems to be “no”. Even so, by mourning destruction of the temple, the ultimate representation of Jewish unity with G-d and among ourselves, we raise this set of critical questions. A yearly barometer of where we are as a society and people.

It’s interesting that year after year this time also brings a wind of change, uprising and in some year’s havoc. This year we are in the midst of a social uprising unlike anything our generation remembers. Who would have thought tents would go up in Tel Aviv, and in many other cities around the country simply stating: Life has gotten too hard for the middle / working class. However, when you look at the individuals who make up this great colorful collage of democracy, one finds an interesting mix. There is an infinite number of groups with different interests that are on the Boulevard, talking to each other about a better Israel. If to quote from the Tikva “Od lo Avda Tikvatenu”, there is still hope.

Oshra Koren talks about this divide in society and how it seems to have been with us for much longer than we’d like to imagine.

An Islamic view of Judaism

Before The Trail Appeared