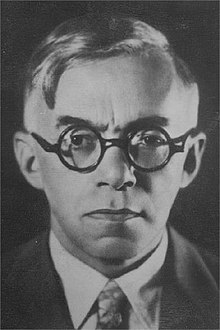 His influence on Israeli politics is profound through his closest protégé Menachem Begin‘s administration (1977–1983), consolidating the domination of Israeli politics by the right-wing Likud party; and through the administrations (1996–1999, 2009–2021) of Likud‘s leader (1993–1999, 2005–) Benjamin Netanyahu, the son of his former personal secretary and historian, Benzion Netanyahu.

Prior to the Kishinev pogrom of 1903, Jabotinsky joined the Zionist movement, where he soon became known as a powerful speaker and an influential leader. With more pogroms looming on the horizon, he established the Jewish Self-Defense Organization, a Jewish militant group, to safeguard Jewish communities throughout Russia. He became the source of great controversy in the Russian Jewish community as a result of these actions.

During World War I, he had the idea of establishing a Jewish Legion to fight alongside the British against the Ottomans who then controlled Palestine. In 1915, together with Joseph Trumpeldor, a one-armed veteran of the Russo-Japanese War, he created the Zion Mule Corps, which consisted of several hundred Jewish men, mainly Russians who had been exiled from Palestine by the Ottoman Empire and had settled in Egypt. The unit served with distinction in the Battle of Gallipoli. When the Zion Mule Corps was disbanded, Jabotinsky traveled to London, where he continued his efforts to establish Jewish units to fight in Palestine as part of the British Army. Although Jabotinsky did not serve with the Zion Mule Corps, Trumpeldor, Jabotinsky and 120 Zion Mule Corps members did serve in Platoon 16 of the 20th Battalion of the London Regiment. In 1917, the government agreed to establish three Jewish battalions, initiating the Jewish Legion. As an honorary lieutenant in the 38th Royal Fusiliers, Jabotinsky saw action in Palestine in 1918. His battalion was one of the first to enter Transjordan.

During the 1930s, Jabotinsky was deeply concerned with the situation of the Jewish community in Eastern Europe. In 1936, Jabotinsky prepared the so-called “evacuation plan”, which called for the evacuation of 1.5 million Jews from Poland, the Baltic States, Nazi Germany, Hungary and Romania to Palestine over the span of the next ten years. The plan was first proposed on 8 September 1936 in the conservative Polish newspaper Czas, the day after Jabotinsky organized a conference where more details of the plan were laid out; the emigration would take 10 years and would include 750,000 Jews from Poland, with 75,000 between age of 20–39 leaving the country each year. Jabotinsky stated that his goal was to reduce Jewish population in the countries involved, to levels that would make them disinterested in its further reduction. It was in relation to his dedicated and determined efforts to rescue Jews from the coming Holocaust and his constant vision of building the Jewish Homeland that Jabotinsky is fondly remembered by both those he encouraged to escape, and those who followed his vision.