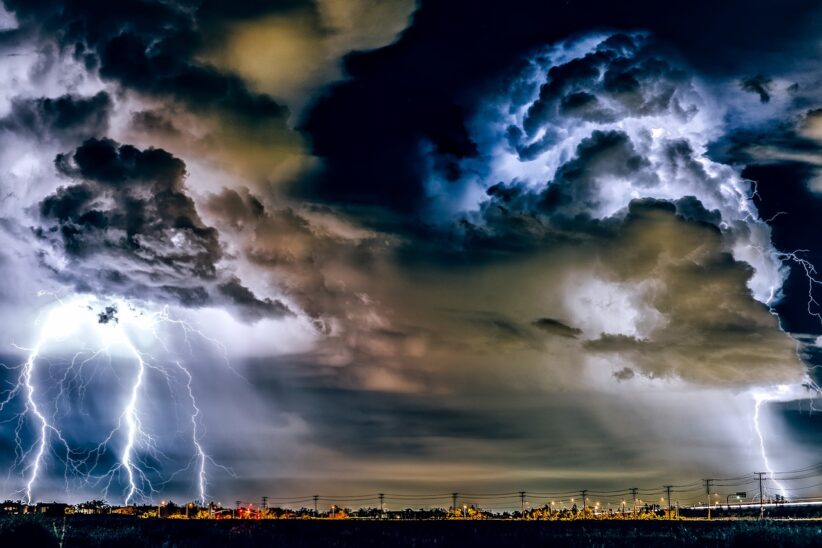 For those who waited an extra hour, beyond the the announced time of the AG’s statement, the brief 5 minute delivery might have been considered disappointing. Ultimately, it all comes down to expectations. The hour prior to Garland’s statement was naturally full of speculation concerning the actual charges that would be made against the former president of the United States. Accordingly, when no mention was made of the composition of potential charges, the ball was firmly back in the DOJ court. But had it ever left it?

August 13, we learn that Trump is being investigated for a broad range of seemingly disconnected crimes. Each one is guaranteed to heighten emotional responses due to its severe Anti-American inference. Regardless of the days to come, the damage has already been done by tarnishing the former presidents’ standing in the United States, through the simple process of feeding the public imagination, which has been subject to too many years of gross manipulation by a hostile media.

What exactly happened when Garland issued his ‘statement’? ‘It took a few days of quiet observation to sink in, before the proverbial penny dropped. It should first be explained that the source of that proverb simply related to entry into a public convenience in the United Kingdom, whereby a penny had to be inserted to open the toilet door lock. And what was revealed behind that closed door of the Trump Gate saga, fully related to the type of content one would confront once the proverbial penny had dropped.

What a masterly performance we were treated to during that five minute delivery by the Attorney General of the United States. Who could doubt the integrity of the message, and in doing so, be associated with those that would knowingly undermine the sterling work of the FBI in upholding law and order? The deadpan face behind those fine words would have given credit to a Nobel prize winning actor, or a skilled poker player. But making those comparisons would also imply that we were treated to a masterly performance, a sleight of a magicians’ hand, rather than the emphasis being on the actual words themselves. What were we to make of that seemingly ambiguous statement?

Having established the ground rules that the FBI were above reproach, one could be forgiven for taking that part of the statement as a  warning broad shot against any activity that would serve to undermine FBI areas of operation. That alone should make Trump supporters aware of a clear and concise threat concerning the consequences depending on how they would chose to react to the current status quo. And what exactly is that status quo, let’s consider what Trump is up against?

The January 6th investigations appears to be conducted along a linear line of approach. All the blame is firmly placed on Republican supporters. Any attempt to offer material that suggested false flag activists was shot down as being also part of the right wing conspiracy against the legitimate rule of the United States government. Again, no one who takes law and order seriously would even dare to argue against bringing to justice those that would harm this constitutional right. Accordingly, Garland’s statement could be taken as a veiled warning that their investigation’s parameters are the only ones that are of concern. Even to argue otherwise places one in danger of being treated as a member of the alleged suspects seeking to undermine American rule and order. In retrospect, much of the media included suggestions that the previous elections were fixed, as being so anti-American as to be considered part of an atrocious plot to overturn the American government. The sentiment was so strong that any potential evidence in support of a fraudulent election process would immediately warrant a relentless witch hunt against anyone reckless enough to make that allegation. Facts became almost irrelevant as judges simply dismissed them as lies. Makes one wonder about the circumstances that led to a lowly judge being given power to determine the actions of that FBI raid against Trump? However, there is a fine line between speculation and factual evidence, or is there?

Speculation might seem to something of little consequence, but one could argue against that suggestion. In an age when social media driven by the tech giants can pack a mighty punch, the power of suggestion by itself is enough to influence millions of untrained minds. So what are we facing since Garland made his brief statement? We can be assured that speculation is the currency that drives media platforms, politicians, and ultimately the decisions of voters themselves. The power of speculation has been manipulated by the greatest of film makers, whose job to steer an audience in a desired direction makes their art so special. Consider a dour actor saying to someone ‘I wouldn’t go in there if I were you.’ What sort of thoughts would play havoc in one’s mind? There’s a shark behind that door, severed bodies, an axe murderer – maybe all of that together!  Speculation of itself does cause damage, because we are a species that knows how to think and imagine things. Lingering doubts are triggered just through the mere power of suggestion.

“I wouldn’t preempt what charges are being arraigned against former President Trump, if I were you?”

In summary, the damage is already done. The more we speculate, the more we can entertain doubts about the innocence of Donald Trump. We saw Hunter Biden taking off for a vacation, almost scot free from his own possible crimes, at the same time as AG Garland was causing speculation against Donald Trump. Could any aggrieved loyal Trump supporter take that lying down? The warning shots across the bows of millions of Americans has been fired. Their course is being gradually channeled into ever dwindling options. One can speculate about how winds of change might improve the direction we are all heading in. But as time progresses without firm answers as to charges against Trump, more and more supporters will succumb to doubts triggered merely through the motion of speculation itself. Being kept in the dark is an effective tactic used against all kinds of opposition. What you don’t know might just be part of someone’s agenda?

Domino’s Pulls Out Of The Home Of Pizza, Italy

Judaism and the Nations