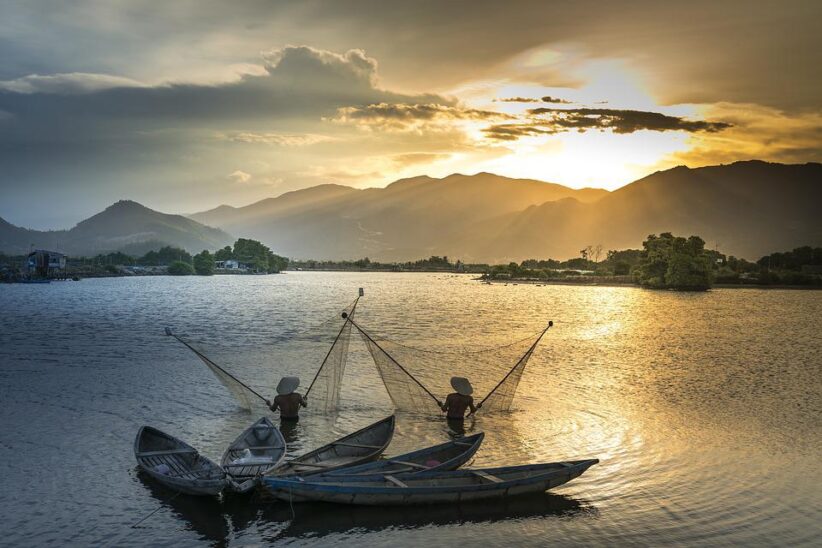 A fisherman of the Mekong River in Cambodia catches the world’s largest known freshwater fish, a stingray weighing almost 300kg.

The Mekong or Mekong River is a trans-boundary river in East Asia and Southeast Asia. It is the world’s twelfth longest river and the third longest in Asia. Stingrays are a group of sea rays, which are cartilaginous fish related to sharks. Stingrays are common in coastal tropical and subtropical marine waters throughout the world. The river stingrays and a number of whiptail stingrays (such as the Niger stingray) are restricted to fresh water.

A huge stingray weighs 300kgs was snagged by a local fisherman in north-east Cambodia. This Stingray seems to be the World’s largest freshwater fish as the previous record for a freshwater fish was a 293kg Mekong giant catfish discovered in Thailand in 2005. The scientists arrived there within hours to see this Stingray and they were amazed. According to them, the fact that the fish can still get this big is a hopeful sign for the Mekong River as well as for our Environment.

Can Numbers Control Your Destiny