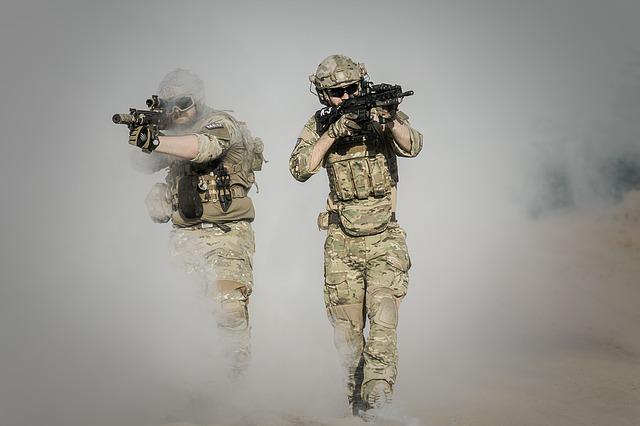 The Syrian Democratic Forces (SDF) is the official defence force of the Autonomous Administration of North and East Syria (AANES).An alliance of forces formed during the Syrian civil war composed primarily of Kurdish, Arab, and Assyrian/Syriac, as well as some smaller Armenian, Turkmen and Chechen forces. It is militarily led by the People’s Protection Units (YPG), a Kurdish military force, and also includes several ethnic militias, as well as elements of the Syrian opposition‘s Free Syrian Army. Founded in October 2015, the SDF states its mission as fighting to create a secular, democratic and federalised Syria. Purportedly, the Syrian Democratic Forces has direct links to the PKK.

The primary opponents of the SDF are the various Islamist and Arab nationalist forces supported by Turkey, involved in the civil war, in particular the Islamic State of Iraq and the Levant (ISIL), the Syrian National Army (TFSA), al-Qaeda affiliates, the Turkish Armed Forces, and their allies. The SDF has focused primarily on the Islamic State, successfully driving them from important strategic areas, such as Al-Hawl, Shaddadi, Tishrin Dam, Manbij, al-Tabqah, Tabqa Dam, Baath Dam, and ISIL’s former capital of Raqqa.  In March 2019, the SDF announced the total territorial defeat of the Islamic State in Syria, with the SDF taking control of the last stronghold in Baghuz.

Since the territorial defeat of the Islamic State, the SDF has increasingly been involved with resisting the growing Turkish occupation of northern Syria. It is unknown how, and if, the USA government will respond to this open threat of hostilities. The situation is further compounded by Russian influence in Syria, which could turn a seemingly domestic conflict into a wider conflagration.