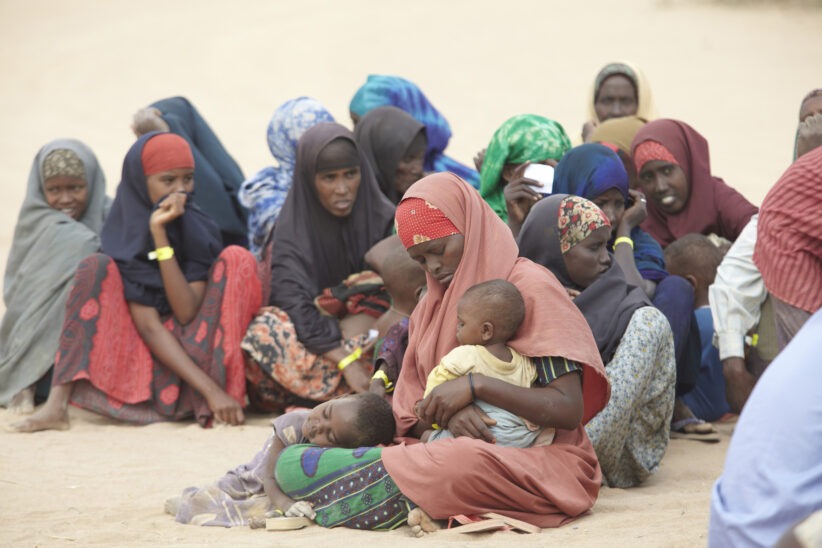 New arrivals wait to get processed. Ifo section, Dadaab camp. Dadaab camp is the largest refugee camp in the world with people fleeing the civil war in Somalia. In recent months the rate of new arrivals has increased dramatically due to the added factor of drought that is affecting the region. It has now become severely overcrowded.

2022 saw a rapid increase in food prices and shortages of food supplies around the world. The compounding crises in different parts of the world were caused by compounding geopolitical, economic, and natural causes, such as extreme heat, flooding and drought caused by climate change. The crises follow food security and economic crises during the COVID-19 pandemic. Following the 2022 Russian invasion of Ukraine, the Food and Agriculture Organization, as well as other observers of the food commodities markets, warned of a collapse in food supply and price increases.

World Trade Organization (WTO) proposed food security agreements to alleviate the global food supply crises and the sharp price increases exacerbated by Russia’s war on Ukraine. Egypt rejected WTO’s agreement to alleviate the global food crisis as this agreement refuses to be forced to export food when it is grappling with its own food crisis. Most of the WTO members expressed support for the agreement. Only India, Sri Lanka ang Egypt objected the agreements.