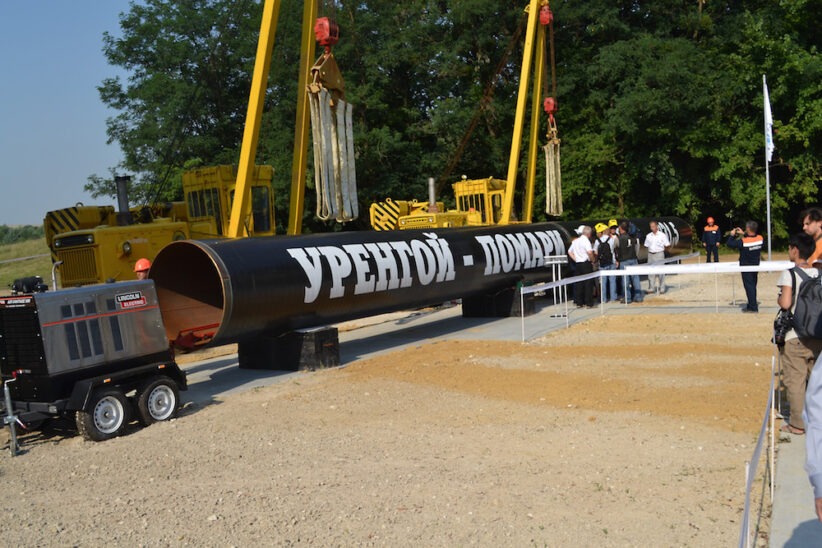 Russia’s Gazprom suspends natural gas exports to Finland over Finland’s refusal to comply with Russia’s demand that gas be paid for in rubles.

PJSC Gazprom is a Russian majority state-owned multinational energy corporation headquartered in the Lakhta Center in Saint Petersburg. As of 2019, with sales over $120,000,000,000, it was ranked as the largest publicly listed natural gas company in the world and the largest company in Russia by revenue. In the 2020 Forbes Global 2000, Gazprom was ranked as the 32nd -largest public company in the world. Gazprom name is a contraction of the Russian words ‘gas industry’. In January 2022, Gazprom displaced Sberbank from the first place in the list of the largest companies in Russia by market capitalization.

The company is majority-owned by the Russian government, via the Federal Agency for State Property Management and Rosneftegaz, while remaining shares are traded publicly. Gazprom has a listing in the Moscow Exchange and had a market capitalization of US$80.56 billion as of September 2019.

When, in June 2000, Vladimir Putin became the President of Russia, he acted to gain control over Russia’s oligarchs, and increase the Government of Russia’s control in important companies through a program of national champions. Accordingly, with the heavy demand in natural gas from Russia’s neighbors controlling the supply pipeline and its economical elements has become a major ;political factor in the continued conflict with Ukraine.