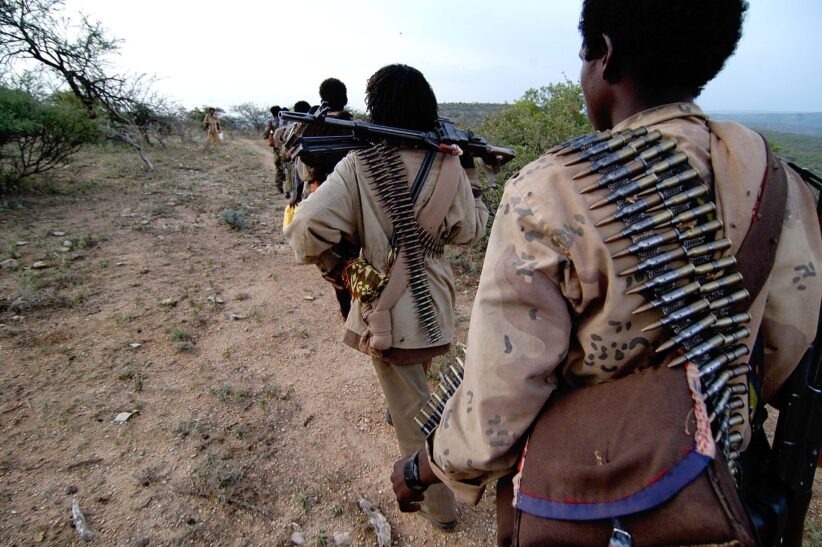 NEAR JIJIGA, EASTERN OGADENIA, ETHIOPIA - OCTOBER 8TH: A column of ONLF rebels are leaving the hill where a week long stand off with ethiopian troops finally ended, October 8th 2006, in Ethiopia. The two rebels are carrying the most important idem of the unit, a light machine gun and its ammo. (Photo by Jonathan Alpeyrie/Getty images)

The government of Chad and more than 30 rebel and opposition factions sign a peace agreement at talks in Doha, Qatar. However, the main rebel group Front for Change and Concord in Chad rejects the agreement, saying that negotiators had not listened to their demands, which included the release of political prisoners.

In 2016, the Front for Change and Concord in Chad (FACT) and the Military Command Council for the Salvation of the Republic (CCMSR) began a rebellion against the Chadian government. From their rear bases in southern Libya, FACT and CCMSR have launched offensives and raids into Northern Chad seeking to overthrow the government of former president Idriss Deby, who had been in power since a December 1990 coup. Other rebel groups are also involved in the insurgency, though to a lesser extent. More than 30 rebel and opposition factions signed a peace pact with Chad’s transitional authorities on Monday, agreeing to join broader talks after years of turmoil – though the most powerful insurgent group refused to take part.