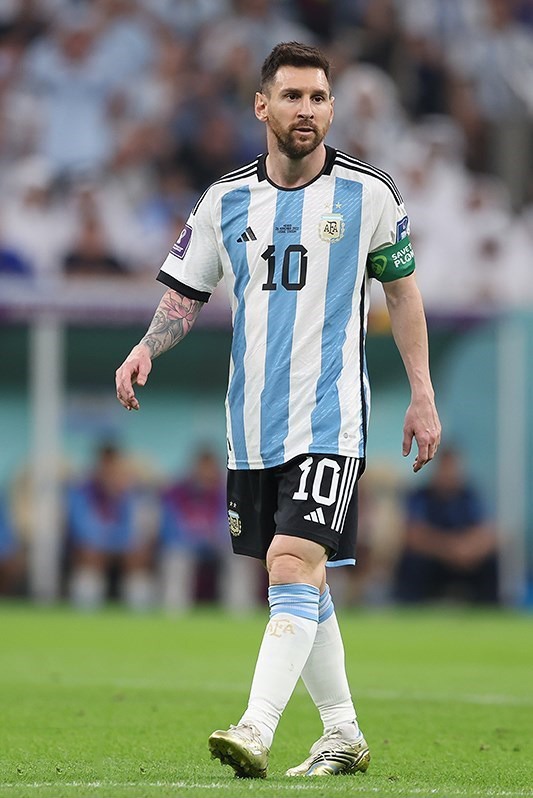 Argentina beat Croatia to head to World Cup Finals. Both sides have met five times, winning twice each and drawing once. Two of these matches took place in the World Cup group stages, a 1–0 win for Argentina in 1998 was followed by Croatia’s 3–0 win in 2018.

Both teams approached each other carefully in the first 30 minutes, until Dejan Lovren and Joško Gvardiol mistakenly let Julián Álvarez pass through the defense, causing Dominik Livaković to collide with Álvarez in the 34th minute. Match referee Daniele Orsato booked Livaković and awarded a penalty kick to Argentina, in which Lionel Messi converted. The collision also sparked a feud between Orsato and some Croatia players, in which Orsato booked Mateo Kovačić and sent off assistant coach Mario Mandžukić as a result. In the 39th minute, five minutes after Messi’s penalty, Álvarez passed through the defense and scored a second goal for Argentina. During the second half of the match, Croatian coach Zlatko Dalić substituted out a lot of players, including team captain Luka Modrić, and substituted in all of reserved substitutions in order to boost the attacking ability of the team, but this didn’t stop Messi and Álvarez from providing another goal for the Argentinians. In the 69th minute, Messi dribbled through Gvardiol and passed the ball to Álvarez, enabling Álvarez to score a second goal. The match ended with the scoreline of 3–0 in favour of Argentina. Messi’s penalty goal took him ahead of fellow countryman Gabriel Batistuta as Argentina’s most prolific goal-scorer at the World Cup, with 11 goals scored, and this match put him equally with former German player Lothar Matthäus’s record for the most matches played, with the final set to be his record-breaking 26th match.

Argentina meet the winners of the semi-final match between France and Morocco on December 14.

Dr. Naya Lecht Hits Out Against Anti-Semitism On Campus