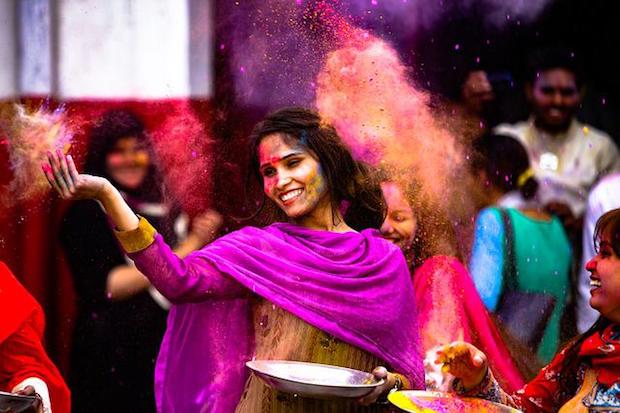 Hinduism and Judaism are among the oldest existing religions in the world, although Judaism came much later. The two share some similarities and interactions throughout both the ancient and modern worlds.

Scholarly efforts to compare Hinduism and Judaism were popular during the Enlightenment era, in the process of arguing the deistic worldview.  Hananya Goodman states that Hinduism and Judaism have played an important role in European discussions of idolatry, spirituality, primitive theories of race, language, mythologies, etc.

Both religions were regarded by some scholars to be ethnic religions, and not promoting conversions. Adherents of both religions, however, are found across the world. Both religions share common elements in regard to a complicated system of laws, purity codes, and dietary restrictions, for defining their communities. Judaism has been compared with Hinduism by Osho Rajneesh  and Steven Rosen in their books. They cite the similarities between Brahmins and Jews who viewed themselves as “God’s chosen people.” Rosen adds that Brahmins had a “community of priests” while Jews had a “Kingdom of Priests.”

The trade relations of both communities can be traced back to 1,000 BCE and earlier to the time of the Indus Valley Civilisation of the Indian subcontinent and the Babylonian culture of Middle East. A Buddhist story describes Indian merchants visiting Baveru (Babylonia) and selling peacocks for public display. Similar, earlier accounts describe monkeys exhibited to the public.

The Torah has also been helpful for understanding relations between these two traditions. Geographical analysis of Israel suggests that the authors of Torah were talking about India, where the selling of animals such as monkeys and peacocks existed. Trade connections between India and Mediterranean Jewish communities continued, and later, the languages of these cultures started to share linguistic similarities.

Today, India is a popular destination for young Israelis who have finished compulsory military service, as well as other Jews worldwide. How many discover the concept of ‘HinJew’ is another matter. From an orthodox Jewish perspective the practice of worshiping any man made object is forbidden. However, the Hindu approach to such sacred things as meditation and maintaining degrees of personal holiness in a material oriented world has found much empathy within the school of traditional Jewish thought. The late orthodox sage, Ariyeh Kaplan, often referred to this approach in his book about Jewish meditation. It is quite likely that the appeal of Indian mediation, as practiced by devout Hindus has found a receptive Jewish audience, many possibly needing to also find their own reconnection to the deeper elements of Judaism that echoes in Hindu meditation.

Russia declares victory in capturing the city of Mariupol