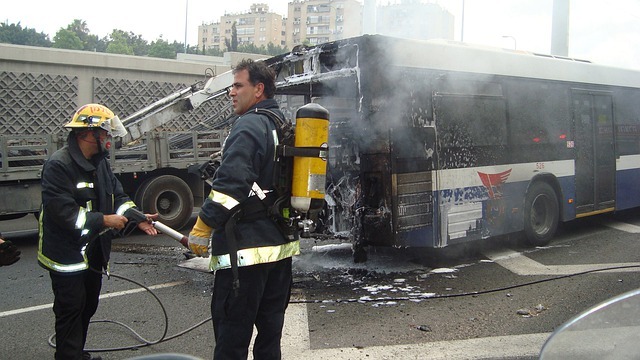 Two people are killed and seven others are injured in a bus crash in Nagoya, Aichi Prefecture, Japan.

A bus crashed into a dividing strip, overturned and caught fire on an expressway in central Japan on 22nd August, Monday, killing two people and injuring seven others, police said. The bus, traveling between downtown Nagoya and a nearby prefectural airport, apparently hit the divider just before leaving the expressway, according to Aichi police. They said the cause of the crash is under investigation. Public broadcaster NHK television showed the mangled bus on its side and engulfed in flames and black smoke. Firefighters and police found two charred bodies, believed to belong to the driver and a passenger, inside the bus. The bodies were badly burned and their identities couldn’t immediately be confirmed. Six other passengers were rescued with slight injuries. The driver of another vehicle that collided with the crashed bus was also slightly injured, police said.