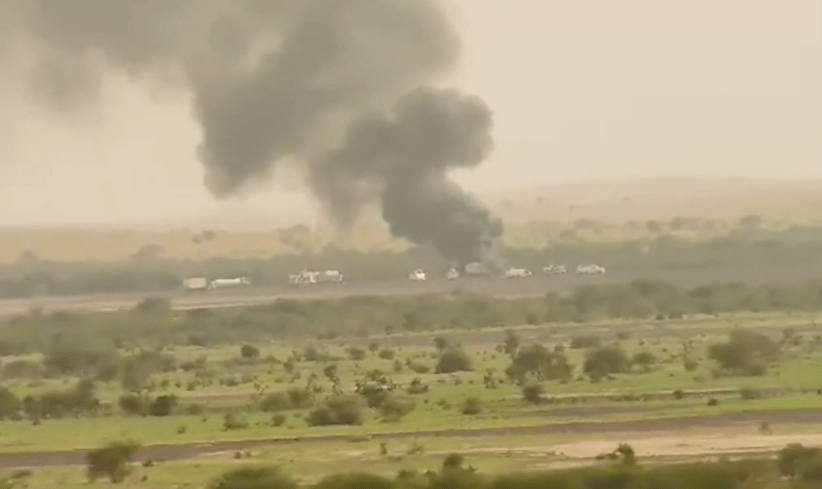 An explosion occurs at an ammunition depot in northern Crimea, forcing the evacuation of civilians. Observers suggest that the depot may have been hit by Ukrainian forces.

A Russian ammunition storage unit in northern Crimea has exploded, according to Russia’s Defense Ministry, injuring at least two people and prompting the evacuation of thousands of nearby residents. The ministry blamed the blast on sabotage. Local news organizations, meanwhile, reported a second explosion on August 16 at a nearby electrical substation in the Dzhankoy district of the Russian-occupied Black Sea peninsula. It was unclear if the two incidents, which occurred around the same time, were related. Ukrainian officials avoided publicly or directly claiming responsibility for the incidents but some appeared to suggest Kyiv was involved. Crimea was captured and annexed by Russia in 2014 and is still internationally recognized as Ukrainian territory, but Moscow has threatened severe reprisals for any attacks on the peninsula.

Japan Arrested Members Of Olympic Board