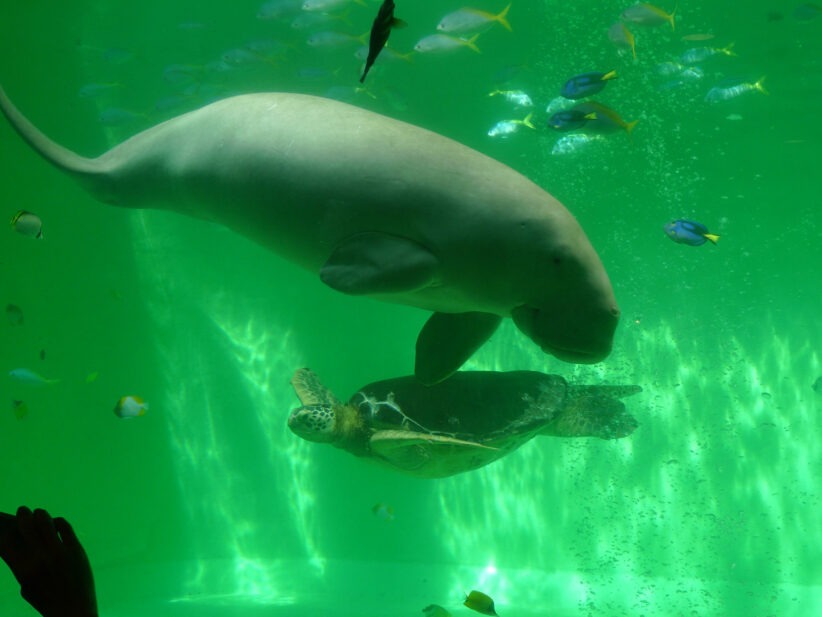 The dugong is declared extinct in China after scientists report no verified sightings of the large marine mammal since 2000. However, dugongs still exist in the wild in parts of Southeast Asia and Australasia.

Researchers have declared a mammal related to the manatee – said to have inspired ancient tales of mermaids and sirens – extinct in China. It is known as the ocean’s most gentle giant, the dugong’s slow, relaxed behaviour is likely to have made it vulnerable to overfishing and shipping accidents.

Scientists at ZSL and the Chinese Academy of Science reviewed all historical data on where dugongs had previously been found in China. They found there had been no verified sightings by scientists since 2000. In addition, the researchers turned to citizen science to interview 788 community members living in those coastal regions identified, to determine when local people had last seen one. On average, residents reported not having seen a dugong for 23 years. Only three people had seen one in the past five years. This has led the researchers to declare the dugong functionally extinct – meaning “it is no longer viable… to sustain itself”, said by Heidi Ma, postdoctoral researcher at ZSL. Researchers believe that the continuing destruction of its habitat – including a lack of seagrass beds for feed – has caused a “rapid population collapse”. The UN Environment Programme estimates that 7% of seagrass habitat is being lost globally every year because of industrial and agricultural pollution, coastal development, unregulated fishing and climate change. Prof Turvey said its extinction in China should act as a warning to other regions that house dugongs – including Australia and East Africa – calling it “a sobering reminder that extinctions can occur before effective conservation actions are developed”.

Prof Samuel Turvey, from the Zoological Society of London (ZSL), who co-authored the research study, said: “The likely disappearance of the dugong in China is a devastating loss.”