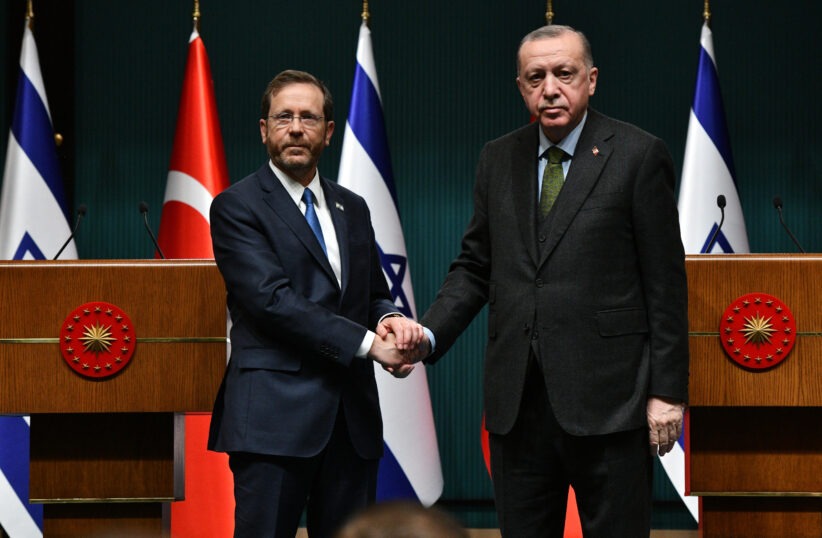 Israel and Turkey restore full diplomatic relations for the first time since 2018.

Israeli–Turkish relations are the bilateral ties between the Israel and the Republic of Turkey. Israel–Turkey relations were formalized in March 1949, when Turkey was the first Muslim majority country to recognize the State of Israel. Both countries gave high priority to military, strategic, and diplomatic cooperation, while sharing concerns with respect to the regional instabilities in the Middle East. However, relations between the two countries have increasingly deteriorated in recent decades.

Israel and Turkey announced on Wednesday the full normalization of relations and the return of their ambassadors to Ankara and Tel Aviv. The announcement ends a four-year diplomatic crisis that led to downgraded relations between the two non-Arab regional powers. The Israeli prime minister’s office said in a statement the agreement was reached on Tuesday in a phone call between the director generals of the Israeli and Turkish foreign ministries. Both countries decided to upgrade the relations to full diplomatic representation and return the Israeli ambassador and consul general to Ankara and Istanbul and the Turkish ambassador and consul general to Tel Aviv and Jerusalem.

Why Jews don’t believe Jesus is their messiah