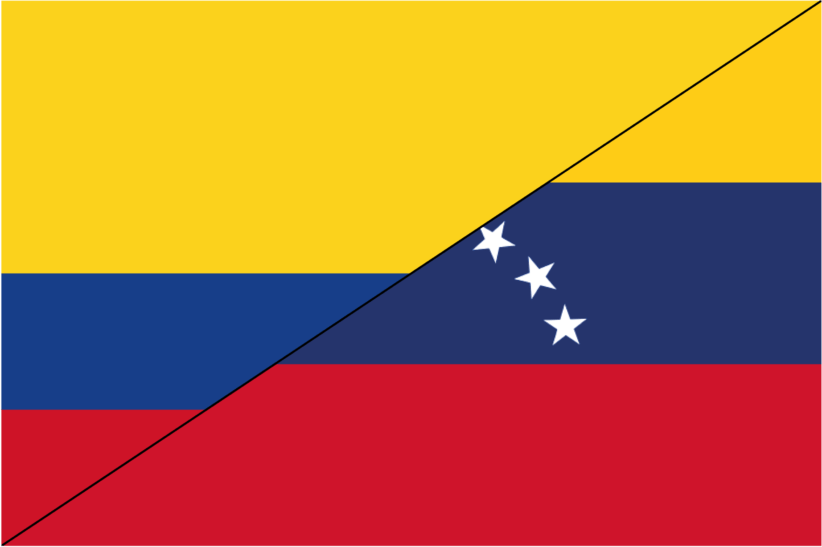 Colombia–Venezuela relations refers to the diplomatic relations between the bordering countries of Colombia and Venezuela. The relationship has developed since the early 16th century, when Spanish empire colonizers created the Province of Santa Marta (now Colombia) and the Province of New Andalucia (now Venezuela).

Colombia and Venezuela have restored full diplomatic relations after a three-year break. A new Colombian ambassador, Armando Benedetti, arrived in the Venezuelan capital, Caracas, on Sunday. Caracas had broken off ties with Bogota early that year after members of the Venezuelan opposition tried to cross from Colombian territory with trucks loaded with food and medicine. It also closed the border, saying the aid masked an attempted coup by the opposition with support from the United States. Embassies and consulates in both countries were shut down, and flights between the neighbors were grounded. Colombia’s new left-wing president, Gustavo Petro, and Venezuela’s socialist President Nicolas Maduro announced on August 11 that they planned to restore diplomatic relations, which were severed in 2019.

“Relations with Venezuela should never have been severed. We are brothers and an imaginary line cannot separate us,” – the new envoy told.

Benedetti was welcomed by Venezuela’s Deputy Foreign Minister Rander Pena Ramirez, who tweeted that “our historical ties summon us to work together for the happiness of our peoples”.