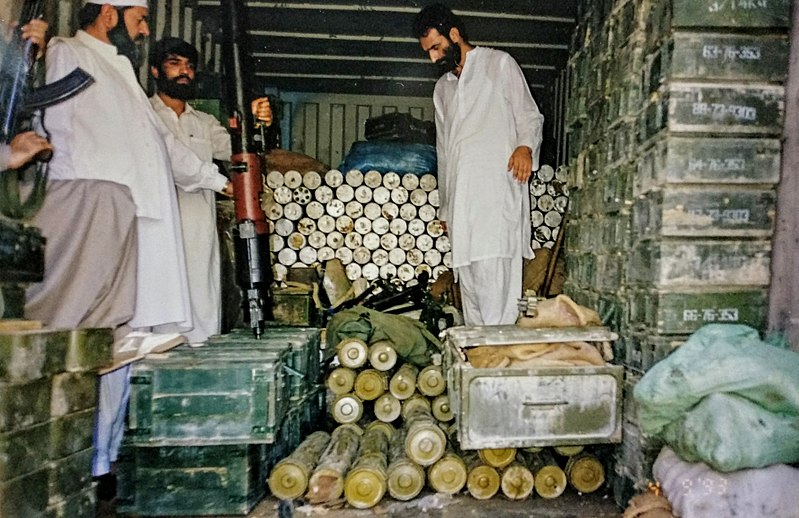 Two pistols and two Chinese grenades were recovered from the possession of Islamic militants in north India. “Preliminary investigation revealed that they were looking to targeting members of minority community and non-local residents. The arrest has led to foiling of major militant plots,” said Baramulla SSP Rayees Ahmad Bhat.

The arrested terrorists are Over ground workers (OGWs), people who help militants, or terrorists, with logistical support, cash, shelter, and other infrastructure with which armed groups and insurgency movements that include  Hizbul Mujaheddin in Jammu and Kashmir can operate. OGWs play a vital role in militant attacks, providing real-time information and support to the tactical elements. Over ground workers have diversified into other roles such as stone-pelting, mob-rioting, ideological support, radicalisation, and recruitment of militants. In 2020, up until 8 June, around 135 over ground workers were arrested in Jammu and Kashmir by the Jammu and Kashmir police. While the term is used and associated extensively with the Kashmir region, the term has also been used officially in other parts of India where insurgency is still active, such as in the Naxalite–Maoist insurgency and in Meghalaya for the Garo National Liberation Army.

Hizbul Mujahideen, ’Party of Holy Fighters’), is an Islamist militant group operating in Jammu and Kashmir. Its goal is to separate Kashmir from India and merge it with Pakistan. It is one of the most important players that evolved the narrative of the Kashmir conflict from nationalism to radical jihad.

Since December 2014, India’s Permanent Mission to the UN has filed at least three separate proposals on Pakistan-based terrorists, each of which has been reportedly delayed or stopped by China at the United Nations Security Council sanctions committee on Al-Qaida and associated entities. “We are concerned about China’s persistent opposition to our terror proposals,” a government official said.

Are Indian Jews Again Under Threat