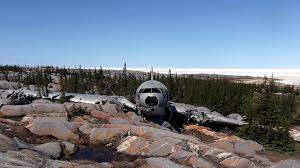 A People’s Liberation Army Air Force Chengdu J-7 aircraft crashes in a residential area in Hubei, China, killing at least one on the ground as the pilot ejects out of the aircraft.

The People’s Liberation Army (PLA) is the principal military force of the People’s Republic of Chinaand the armed wing of the Chinese Communist Party (CCP). The PLA consists of five service branches: the Ground Force, Navy, Air Force, Rocket Force, and Strategic Support Force. It is under the leadership of the Central Military Commission (CMC) with its chairman as commander-in-chief.

The  Chengdu J-7  that crashed is the third generation export version F-7; NATO reporting name: Fishcan is a People’s Republic of China fighter aircraft. It is a license-built version of the Soviet Mikoyan-Gurevich MiG-21, and thus shares many similarities with the MiG-21. The aircraft is armed with short-range, infrared homing air-to-air missiles and mainly designed for short range air-to-air combat. The aircraft is also used for close air support.

The crash took place in a large residential are. Hubei is a landlocked province of the People’s Republic of China, and is part of the Central China region. The name of the province means “north of the lake”, referring to its position north of Dongting Lake. The provincial capital, Wuhan, serves as a major transportation hub and the political, cultural, and economic hub of central China.