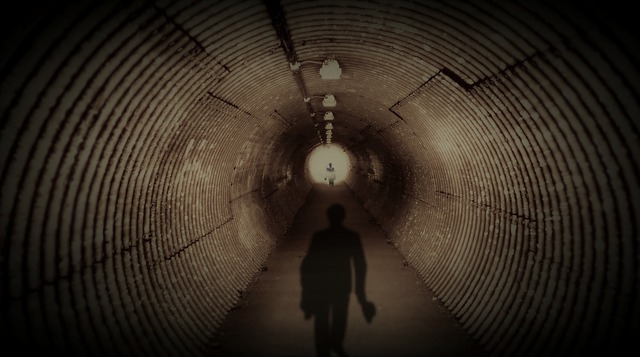 Jewish TV Channel had previously researched an uncomfortable thread between the current monkeypox outbreak and Wuhan.

Agreements were made between the US Government and a Chinese partnered pharma giant, before the current outbreak.

In a further development, JTVC follows a trail that has potential to cause wide spread damage, while simultaneously benefiting certain parties. This trail covers the present US government, bioterrorism, political correctness, and Wuhan; focusing on the alleged monkeypox threat to mankind. In presenting this article, JTVC is not making allegations against any party mentioned here, but is sharing public knowledge, which does present some degree of concern, unless corrected.

The US government today adopts a low-key stance towards the infection’s potential for mass damage. Yet it is caught in a conundrum of its own making. On one hand there is an inclination to deny scientific evidence that the gay population are at greater risk from getting the disease. JTVC believes this approach may possibly be for the purpose of adopting a politically correct position. It counters this allegation putting gays at risk by invoking a herd mentality appeal that recommends every member of the public be at risk. Ex post facto – the early days of AIDS was clearly linked to homosexual behavior, however its later spread did affect a wider population. Accordingly an argument can be made that its pointless to link Monkeypox from just one segment of the population, when there’s potential for it to later spread wider afield. However, this approach runs counter from a common sense approach to nip the problem in the bud, to avoid inviting a wider problem downstream.

But is such a broader outbreak without its benefits?

Bavarian Nordic has manufactured its liquid-frozen MVA-BN smallpox vaccine and has supplied 28 million doses to the U.S. Strategic National Stockpile (SNS) for emergency use. The ten-year contract, awarded in 2017, also includes pricing for additional orders of vaccine bulk and vaccine doses of either liquid-frozen or freeze-dried MVA-BN. On April 30, 2020, the company confirmed a contract expansion that covers two years of performance and includes the manufacturing of additional bulk vaccines and the supply of up to 1.4 million doses of liquid frozen JYNNEOS.

This company sees potential for impressive profits within the next few years. That alone is not cause for concern. However, it is the accumulation of its links with the current United States government with its liberal attitudes towards homosexuality, its connection with a Chinese partner with potential to profit from another world health challenge, which all together can be perceived as a serious cause of concern.

Biden’s regime has been inclined to wean the general public away from any suggestion that the virus is related to homosexuality, which goes against its politically correct position. This leaves the door wide open for a future government appeal, initiated by its health sector, suggesting stronger action is required to fight against the virus. In simpler terms, there is potential for an engineered emergency to happen. In such a case, vast stockpiles of vaccine are on stand by and it would be a short step thereafter to create a situation that demands these vaccines are used.

Bavarian Nordic found a taker for the Chinese rights to its RSV vaccine candidate. Nuance Pharma took the other side of the deal, handing over $12.5 million and committing to $212.5 million more in milestones to license the drug in China, South Korea and some other markets in Southeast Asia. What do we know about Nuance Pharma?

Nuance Pharma is based in Shanghai. SHANGHAI, March 21, 2022 /PRNewswire/ — Nuance Pharma (“the Company”) announced today, that it has entered into an exclusive license and supply agreement with Bavarian Nordic, a Copenhagen-based fully integrated vaccines company focused on the development, manufacturing and commercialization of life-saving vaccines, on the development and commercialization of MVA-BN® RSV against respiratory syncytial virus (RSV) in adults in Chinese Mainland, Hong Kong, Macau, Taiwan, South Korea and certain Southeast Asian countries. The agreement entails clinical development, including a Phase 3 trial to support regulatory approval of MVA-BN RSV in China, which will be conducted separately from Bavarian Nordic’s own Phase 3 trial planned for initiation later in the first half of 2022 to support a U.S. Biologics License Application.

JTVC believes its reasonable to assume that the ‘clinical development’ could be undertaken in Wuhan, which has received much attention related to its potentially leakage of Covid 19 experiments.  Unconfirmed reports suggest that there is a link between iRegene Therapeutics, based in Wuhan, and Nuance Pharma.

Under the terms of the agreement, Bavarian Nordic will receive an upfront payment of USD 12.5 million and is eligible to receive future milestone payments of up to USD 212.5 million that are triggered upon achievement of certain clinical, regulatory, and commercial milestones, in addition to tiered, double-digit royalties on future net sales. Nuance Pharma will assume all costs and responsibility for the clinical development, regulatory filings, and commercialization of the vaccine in territories covered by the agreement. Subject to Chinese regulatory authority (National Medical Products Administration, NMPA) approval, Phase 1 and Phase 3 trials are planned for the vaccine approval in China.

The U.S. keeps two vaccines for smallpox approved by the Food and Drug Administration in the Strategic National Stockpile — a product, in part, of a 9/11-enhanced fear of bioterrorism. The monkeypox virus is similar enough that researchers expect both shots to offer protection, although only one, called Jynneos, has been FDA-approved for use against monkeypox.

Shares of Denmark-based Bavarian Nordic were up 4% at 175.05 Danish kroner a few days ago, as is said it has entered into an exclusive license and supply agreement with Nuance Pharma, a Chinese specialty pharmaceutical company, on the development and commercialization of vaccine candidate MVA-BN RSV against respiratory syncytial virus (RSV) in adults in Chinese Mainland, Hong Kong, Macau, Taiwan, South Korea and certain Southeast Asian countries.

In summary, JTVC voices concern that in pursuit of profit and biological advantages from potentially hostile entities, future demands for Monkeypox vaccines could be viewed with a healthy modicum of suspicion. We strongly maintain that research into diseases whether from Wuhan in China, the USA, the above mentioned companies, or elsewhere is something to be seen as beneficial for mankind. Our main concern revolves around the propensity for a less beneficial outcome should some of the above mentioned concerns prove to be substantiated.

This article is protected by international copyright laws. No part of it can be distributed elsewhere except by permission of JTVC.

You are welcome to share URL link to this article.