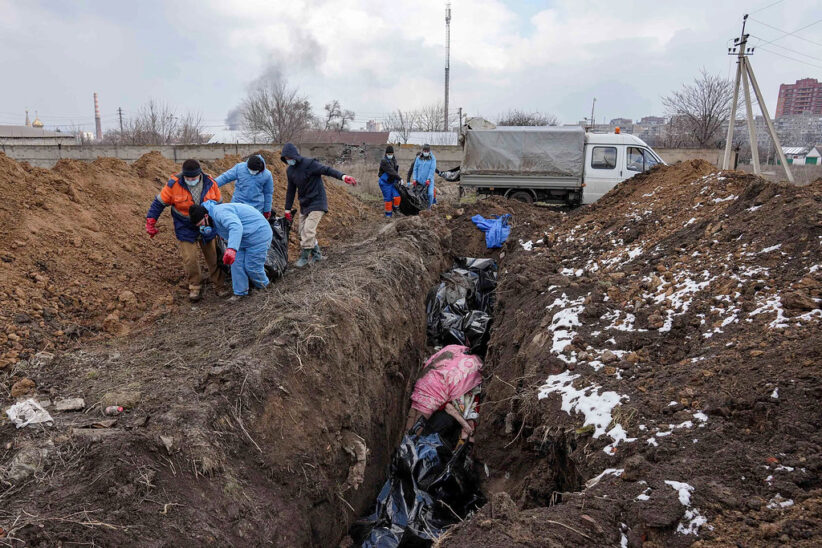 A mass grave of Ukrainian civilians is discovered near the village of Buzova, Kyiv Oblast.

A Ukrainian official said a mass grave containing dozens of bodies of civilians has been found in the village of Buzova near Kyiv, the latest mass grave to be discovered after Russian forces withdrew from areas north of the capital. These initial reports are yet to be fully confirmed.